Maja Smoltczyk was born in Berlin, but grew up in Hamburg and Baden-Württemberg. After studying law and completing her legal traineeship in Bielefeld, Frankfurt/M. and Brussels, she worked for a year as an academic co-worker at the European Parliament in Brussels before moving back to Berlin to work first for the Federal State of Berlin and then for the Berlin House of Representatives. In January 2016, she accepted the election as Berlin Commissioner for Data Protection and Freedom of Information and held the office until the end of 2021.

She initially took up her artistic activities as a parallel occupation when she moved to Berlin, where she studied sculpture from 1994 onwards, parallel to her legal work. Since then she has been continuously practicing sculpture and has exhibited both nationally and internationally. Since November 2021 she lives and works as a freelance sculptor in Berlin.

In September 2006, she was awarded 1st prize in the nationwide art competition “The Art of growing old” with the life-size bronze sculpture “Old man seated or What are you running after?”

This book shows the work of Maja Smoltczyk on a selection of her works from 1996 to 2013 and provides an insight into the working method of the sculptor. The overview is rounded off by illustrations of some of her exhibitions and exhibition participations. 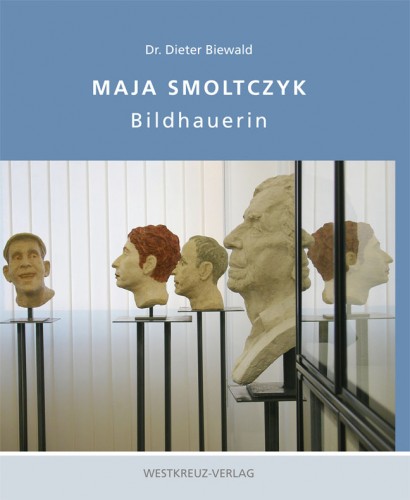